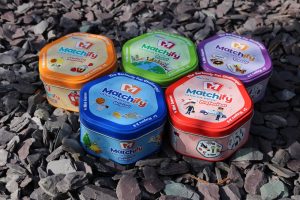 5 Ways To Create Some Friendly Competition For Family..

Where’s the fun in family game night without a bit of healthy competition? Playing with children or relatives may make you want to keep things as friendly as possible to avoid disagreements, but a little bit of competition can be a good thing. It helps to keep players entertained for longer, and enhances enthusiasm and energy levels. So, how do you create some friendly competition on family game night? Here are our top suggestions:

Include prizes for winners: Include a prize into any game and it immediately becomes more fun. With more at stake players are much more likely to put their all into winning a game and it creates a dose of healthy competition. If there’s a great prize to be won family members will be encouraged to try harder and they’ll care more about winning.

Organise forfeits for those who get an answer wrong: The threat of an embarrassing forfeit is a great way to create additional competition between players. Forfeits can differ depending on who is playing but things such as ‘tell us about an embarrassing moment’ and ‘run around and cluck like a chicken’ are funny no matter how old you are.

Remove distractions: To create competition you’ll need to make sure everyone is paying attention and giving the game their all. Turning off the television and suggesting people stay off their mobile phones are good ways to start.

Play in small teams rather than individually: Nothing creates a desire to win more than group mentality. So, play in teams rather than as solo. It won’t be long before teams are determined to beat each other by any means possible.

Create tournaments or a leader board: If you’re planning to include a range of different games in your family game night, create a tournament or leader board. Combining card games such as LinkIt with other family favourites gives everyone a chance to shine in a game they are good at, whether that be a game of skill or strategy.  Plus, if a game isn’t popular among players it’s really easy to move along to the next one.