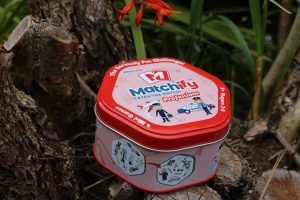 Should You Limit Screen Time For Children?

In recent years there has been a growing concern among parents that children are spending too much time in front of a screen. With the evolution of technology today’s children are spending more time than ever on tablets, iPads and computers. This comes as no surprise to many. As a society we use the internet and smart devices more than ever and with this increased reliability on smartphones and computers, children see everyone around them using a screen all day every day. Children are growing up in a world where a lot of screen time is the norm, but how much is too much? As a parent, should you be limiting your child’s screen time?

How Long is Too Long In Front of a Screen?

Today’s children are fluent in technology and this isn’t always a bad thing. In fact, being competent in computers and smartphones can aid their development and it sets them up for a life where, for the most part, they won’t struggle to get to grips with technology as it evolves. Add this to the world of educational games that screens have opened up and it’s easy to see that a certain amount of time in front of a screen has its benefits.

However, this can quickly turn into a child spending too much time in front of a screen. It can be difficult to know how long is too long when it comes to the time a child spends in front of a television, computer or mobile phone. Many reports state that insisting children have screen-free days is a beneficial way to limit their screen time, as well as encouraging them to explore other hobbies and interests.

How To Limit A Child’s Screen Time

In short, all parents should limit screen time for their children. However, some screen time can be enjoyable and rewarding for a child of any age. Therefore it’s important to find a balance. Using screen time as a reward for good behaviour or in small doses is a good place to start.